The recent months have seen a lot of noise surrounding the term ‘metaverse’. The fascination for a multiuser virtual environment is increasing day by day and has given rise to the conceptualization of a ‘multiverse’.

What is a Metaverse?

Metaverse is a term coined by Neal Stephenson in a novel known as ‘Snow Crash’ in the year 1992. It has been mentioned in reference to a simulated 3D environment that consisted of avatars replicating humans. A few months back the founder of Facebook, Mark Zuckerberg was seen discussing the idea of a metaverse and the ambitious plan that is being discussed to bring a virtual world into existence that everyone could be a part of. The metaverse is supposed to be the future iteration of the Internet that is built from the already existing technologies to bring together all the 3D virtual environments into a single virtual world.

So, is metaverse a concept whose time has come? Let’s find out!

The contribution of AI to the metaverse

The existence of the recent breakthroughs cannot be related to being a historical precedent and this quantum leap has been responsible for the consolidation of fields like Artificial Intelligence, Machine Learning, Internet of Things. Artificial Intelligence is the key technology that will drive, support, and bring in the implementation of this concept of a metaverse. The presence of AI will be seen in every layer of this shared, 3D space. AI-led systems learn from available data and get intelligent with experiences to provide an accurate and personalized experience to the users. These two factors would be the drivers leading the life in the metaverse to a global acceptance. AR, VR spatial computing will populate the gap between the physical and the digital world engulfing every aspect of life with technology.

Time for metaverse to stem?

There have been myriad discussions on this topic of whether everyone is already living in a metaverse or would be a part of it in the future. Some believe the world is already there and some believe that the metaverse reality is still a concept of the future. If the journey of AI is to be contemplated, it is still progressing and has not reached the finish line yet. New inventions are coming to the forefront every day and will continue to do so in the future with AI racing to achieve its full potential. This scenario leads to the assumption that everyone is yet to see all that AI can do. The concept of the metaverse is on similar lines, it is not in existence yet but is slowly raising its head to show the people a different world. The journey towards a metaverse has already begun, here’s what some of the domains signify:

Inspired by movies, depicting a larger-than-life scenario in gaming has led various brands to experiment with marketing to enhance customer engagement. This effective media advertising strategy is a preview of the repercussions of the rapid advancement of AI in this newly emerging world.

The day-to-day lives of people are already dependent on technology with a lot of activities being led by digitalization. In this scenario, the values of society meeting the digital world is not far away.

People are already imitating the habits of the physical world in the virtual realm. Possession of things in this virtual world has already begun with concepts of cryptocurrency and NFT setting feet in the lives of people. The business model of Direct-to-avatar (D2A) is being adopted on a large scale leading to an increase in the value of digital assets. A world developed on a blockchain can soon become a reality.

The retail industry is seeing a drastic transformation with strategies like 3D Visualization. AI-led in-store experiences and digital twin stores are the front runners for a personalized, intuitive, and engaging retail journey.

Mixed reality; the niche that has made a significant transformation possible is being adopted by many companies today to bring around the change everyone is dreaming of. A change caused by the blend of the real and virtual world is seen dominantly in many cultures today. The world of art has also been touched by it. There are already different applications that allow people to use popular technologies like Augmented reality and Virtual reality to socialize with friends, play outdoor games or even work in an office space. But these applications have a restricted capability of providing one service at a time on a platform.

Metaverse will change this scenario and get everyone in a world where various technologies are being used together in one single environment to play tennis on a court, have a cup of coffee with a long-distance friend, or even watch a movie in a theatre without losing connectivity. Let’s tour a metaverse example. Imagine you want to have breakfast with your friend and then attend a meeting with your boss immediately after that. Today, you would have to switch between applications, get things ready, and then use the services. However, once the concept of metaverse comes to fruition, you could perform these activities in a single, persistent environment without having to do much. Sounds interesting, doesn’t it?

The first likely step to turn the concept of metaverse into reality would be to connect the facility of social networking with virtual reality. This is exactly what Facebook has been planning to do; implement a Facebook metaverse. There are already a lot of industries that have joined the virtual world but there are still challenges in the picture that revolve around getting everyone in this technology-driven world where all the activities and people are interconnected. There is still a lot of work to be done, although everyone has been getting a bite-sized taste of what existing in a metaverse would be like.

Irrespective of the shape this concept of metaverse takes, AI would be a vital source in helping such ideologies of this grandeur come to life.

1 thought on “Metaverse: The next big thing in the world of technology?” 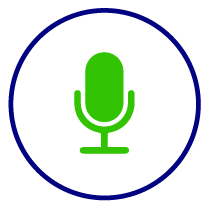